The past week has seen many countries lifting some restrictions with New Zealand appearing as the poster child of how to stop a pandemic in its tracks. Whilst some countries are celebrating increased freedoms, the anxiety appears to be rising with others. The UK feels desperate to have it’s old life back, as well as terrified of what the reality of lifting the lockdown might mean.

Maybe it’s a subconscious reaction to the above but this week’s playlist is a little heavier than the past weeks. I would like to take this moment to say to anyone reading this – it’s okay not to be okay right now. I can’t speak for everyone but I’m currently experiencing moments of serene calm, followed by fear of the outside world and then swinging into depressing that the world I was so used to now seems unreachable. But music helps!

One of the lead singles from their new album Flip Phone Fantasy, SUNNY is about getting out into the world despite your dread or depression. “But outside it looks sunny” feels like a line we are all chanting at each other right now.

The Australian nu-metal revivalists have created the an angsty yet strangely joyful song to sing-along with. You can’t help but draw yourselves out of an isolation depression when singing along to this.

For anyone who hasn’t realised, Australia has an incredibly exciting music scene right now. Perth based, four-piece Spacey Jane are bringing their own version of mellow garage pop into this mix with their hotly-anticipated debut album out later this summer.

Feeding the Family is one of their oldest singles, is a lo-fi affair. The song belongs to the hypnotic rhythm it echoes throughout, lulling the listener into a sense of calm before the big build 3 minutes in.

3. Retroactive – All To You

I’ll be honest, I was shocked to learn that Retroactive are still in school. Their music boasts a maturity which most teenage bands can only dream of.

All to You is sound tracked by a rumbling bassline reminiscent of Arctic Monkeys circe Favourite Worst Nightmare era. Lyrically there’s not much going on, but the strong vocals compensate for this to some extent, I’m mostly here for the bassline though.

Hailing from post industrial Britain, Chncer have only been together a short time, but have already picked up airtime on BBC Music Introducing and are hopefully set to take to the stage at Kendall Calling later this summer.

Describing themselves as “anti-vibe”, they deliver powerful, urgent indie guitar rock designed for dancing. Lyrically bleak, they somehow create a sense of solidarity for those in similar situations. For fans of the Airborne Toxic Event.

Forming in 2015, post-punk New Jersians Can’t Swim have crafted a unique heavy sound drawing upon the trauma’s and evils which surround us daily. Strong believers in harmful experiences never leaving us, the band’s subject matter can be intense.

Taken from their 2017, Fail You Again album, Stranger showcases the band’s almost resentful playing style. Although not as heavy as some of their other singles, Stranger echos an existential energy mirrored through lead singer Chris LoPorto’s impassioned lyrics.

This week’s honourable mention goes to Billie Joe Armtrong. I love Green Day, I love this song and I don’t think I need to explain myself any further on this. Originally written by Ritchie Cordell and released in 1967, the song was a massive hit for Tiffany in 1987 whose version recently appeared on Netflix’s ‘The Umbrella Academy’. 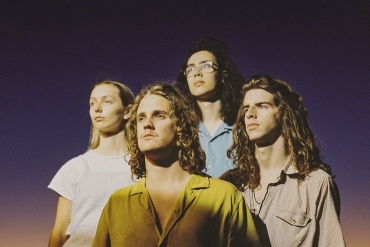 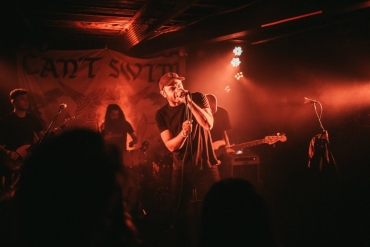