Last year I nearly bought tickets to Y Not Festival on the Friday Morning of the festival, but I was sensible and didn’t. A year on and I still use the disappointment not to say “Why not” and just go as a strange life mantra to do things.

What started as a House Party in 2005 now attracts some of the biggest indie-rock artists to the UK Peak District. Past line ups have included such skinny jean legends as We Are Scientists, The Cribs and Razorlight. Here’s our picks of must sees, had the festival not been cancelled.

Avalanche Party are an oddball band, a synthy, punk pleasure on the ears. They’re not really comparable to any other bands although some have likened them to Nick Cave which I think fits quite well in places.

It’s not just the noise they make which makes them interesting. Their live shows are formidable, frontman Jordan Bell has an intensity which captivates the smallest crowds whilst the surrounding band go all out in performance.

Under-rated Brit-pop legends Ash are my must-see band at any festival; they were actually the last band I saw live before the world turned upside down. The crowds get a little older each time I see them and I’m always the youngest person near the front but this is a massive plus because I’m small and I hate teenagers.

Despite this their live-sets aren’t a sit-down, cup of tea affair. There’s still plenty of energy flowing between the band and crowd, especially when they whack out the classics like Kung Fu. Ash should be celebrating their 25 years as a band in 2020; so you know they’d have brought out the full back catalogue much to my and I’m assuming everyone else’s joy.

Champions of women and non-binary individuals within the music industry, Dream Wife come highly recommended. Since the release of their self-titled debut album in 2018, they’ve found themselves on the cover of NME, as well as huge critical acclaim from the Guardian, BBC and other mainstream media outlets.

Despite this, their blend of garage punk and dance pop still has quite a niche fanbase. They do sound a little bit like they belong on the soundtrack 00’s Showtime show The L Word which might be why. However their live-show is meant to be excellent and also a woman-friendly space which sadly is still sometimes a selling point for live music.

I’ve said it before, but Deco have perfected the art of indie-cheese. A colourful melting pot of George Michael esque vocals and dirty synth-pop backing tracks, these guys sound like they’re writing songs for 4Music summer adverts.

However I can’t get enough of them. They’re like a guilty pleasure I want to shout about. Coupled with this, their live shows have more energy than a 6 year old on a sugar buzz. Hotly tipped by Radio 1, it’s a real shame that they won’t have the opportunity to appear at any festivals this year but hopefully they’ll be appearing higher up the line-ups when live music returns to the UK.

Who the F***k are the Levellers younger readers might be asking? A 90’s folk-punk sensation, these guys caused an absolute storm at Glastonbury in the early part of the decade steadily working their way up the bill leading to an infamous headline set in 1994.

Rumour has it that this set pulled the largest Pyramid Stage crowd in history (partly thanks to the fact you could still hop the fence). In all honesty, my whole knowledge about this band is based off a Glastonbury Greatest Hits DVD which features this performance, but it’s awesome enough that I would have been off to see them at Y-Not Festival. 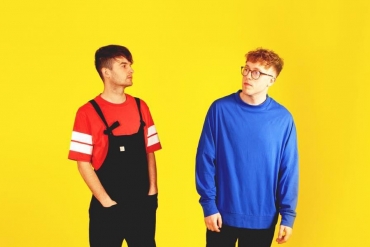 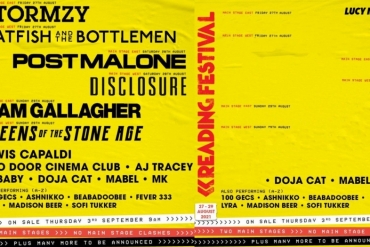 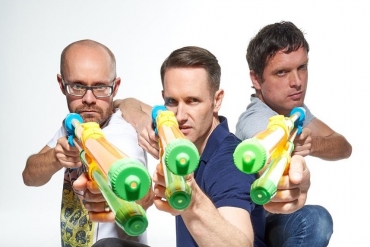