Check out our weekly collection of hot new indie bands & artists for your playlist. This week’s featuring: Hi Frisco, Dictator, FLYNT, Voodoo and the Crypts, and Dakota Avenue. Want to be featured in this list? Send us your music via Submithub.

Hi Frisco have recently released their debut track Snowfall, featuring warped synths and psychedelic strings the track is similar to releases by MGMT & Tame Impala. Originally from Blackpool & Yorkshire, the duo have come together to make hypnotic tracks which leave the listener begging for more.

From this release, you can clearly tell that the band has so much to offer. We can’t wait to see what’s next for the band.

Anthem For Doomed Youth sees Dictator truly flourish by creating an instant indie dancefloor filler. The track uses groovy, psychedelic guitar solos which are guaranteed to get people moving. From Scotland, Dictator have been compared to the likes of The Charlatans, The Courteeners and fellow Scots Primal Scream.

The track is quite political in its message, born in a period of frustration, the band have successfully condensed their message into a 3 minute banger.

I Need A Minute is FLYNT’s first release of the year, which sees the indie-pop band go from strength to strength. The track is powerful from the get go and shows that the future is looking bright for the band. Comprised of blissful vocals and dance inspired riffs, FLYNT have made a standout, fierce track with I Need A Minute.

The band have spent the majority of 2019 working alongside Rob Whiteley (The Wombats, The Night Cafe etc), recording their debut EP. If I Need A Minute is anything to go by, the EP is going to see the band excel in their field.

04. Voodoo and the Crypts – Vicious Underground

Brighton’s Voodoo and the Crypts recently released their first track since 2018, Vicious Underground. A mixture of dreamy psychedelic rock and 90’s dance, Vicious Underground covers time, how it takes control of our lives and the fear of missing out.

The band already have a huge group of adoring fans, and with the release of Vicious Underground, the future looks incredibly bright for Voodoo & The Crypts.

After receiving airplay from BBC Introducing, playing national festivals such as Belladrum, Tramlines and Dot To Dot. Dakota Avenue have released their new single Temptress this past month. The track sees the band grab the listeners attention with aggressive drums, tight guitar and wonderful vocals.

Temptress entices listeners from the offset, a unique single that sees the band diversify yet remain to have the signature Dakota Avenue sound. It’s certain that Dakota Avenue are going to have huge crowds at festivals this next year, they’re definitely a band to keep your eye on. 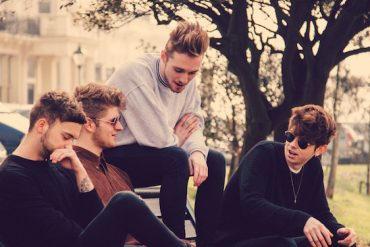