In April 2015 singer-songwriter and punk rocker Frank Turner visited Melbourne the last time. Since then, Turner released two albums, Positive Songs for negative People (2015) and his latest record Be more Kind (2018), and Donald Trump and Brexit happened. Against all odds of the modern world, Turner’s latest album is a rally cry for the every man: Be more kind to each other.

Aussie singer-songwriter Emily Barker, who celebrated her 37th birthday on the day of the show, kicked off the evening. She performed her country folk songs with a guitar, harmonica, base drum, piano or simply a cappella. The main support of the night was Aussie punk duo The Hard Aches who smashed their songs and got the crowd going.

At 9.15 pm sharp, Turner and his band The Sleeping Souls entered the stage to launch into show no. #2288 with 1933, Blackout and Get Better. Frank quickly laid out two rules for his punk rock show. First „Don’t be an asshole!“ and second „Fucking sing along!“ – and so we did (as a matter of fact, the f-word was used a lot that night).

The first part of the show was mostly dominated by the last three albums with songs such as Little Changes, Brave Face and The Next Storm. By the time the first notes of fan favourite Eulogy were played, no ones feet were able to keep still. For Out Of Breath a giant circle-pit took over the floor of the Melbourne Forum.

Every Frank Turner show is like meeting an old friend who welcomes you with a beer and a hug to have the greatest party of your life. “Be more Kind to each other, help each other” Turner preached to his his “fucking Church of punk rock”. And so he transformed the Forum crowd into the huge Melbourne gospel choir as we put our arms around strangers to sing along. Last not least, Billy Bragg appeared as a secret guest for the encore to duet on his hit A New England. 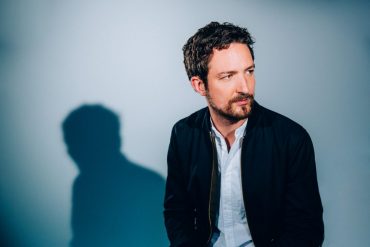