Brighton quintet Fickle Friends today reveal their new single Broken Sleep. The new single continues their signature sparkling pop sound and sees them return to their DIY roots with their own label Palmeira Music. Listen below.

Having released their debut album You Are Someone Else via Warner Music, the five piece have now launch their own label, Palmeira Music. Broken Sleep is their first release on Palmeira Music and is also the title track from the EP of the same name (out later this year).

We are so psyched to be starting our own label, Palmeira Music, and taking back the reins… releasing the music we LOVE. Palmeira, meaning palm tree in Portuguese, was also the name of the square we used to live off of in Brighton when we first started the band. “Broken Sleep” came about as a result of a newfound headspace.

Fickle Friends will embark on a North American Headline tour in September before returning to the UK in October. Support for all UK shows comes from rising four piece Marsicans. All dates and ticket links can be found below. 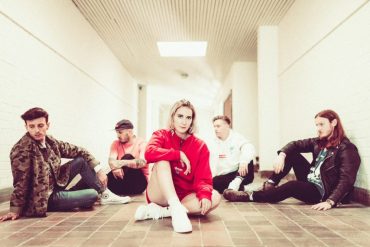