Editors have just announced their new album Violence will be out on March 9th via PIAS Recordings. Their first new record in 3 years, Violence follows on from 2015’s In Dream, which reached #5 in the official UK charts. The artwork an tracklisting can be found below.

The announcement comes with new single Magazine, which comes with an all new video shot in Amsterdam by famed photographer, director and long-term Editors collaborator Rahi Rezvani. Listen/watch below.

[It’s] a pointed finger aimed at those in power… some corrupt politician or businessman… a character, and a tongue in cheek poke at the empty posturing and playing to the masses of the power hungry.

To celebrate the release of Violence, Editors will play three special UK launch shows in March. Pre-order the album now on the band’s official store to get exclusive pre-sale access to tickets for these intimate shows. 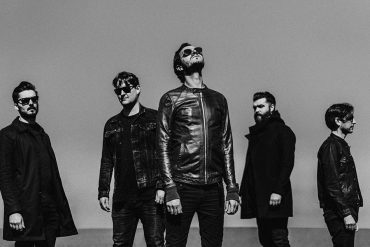 Editors reveal new song and video for ‘Hallelujah (So Low)’