Black Honey today drop their new single I Don’t Ever Wanna Love, their first new music since the release of their self-titled debut album which was released last year. Already a live favourite, the track comes with a stylish video, starring lead singer Izzy B. Phillips. Watch and listen below.

Frontwoman Izzy B. Phillips comments on the new single:

Love should be universal, it should be for everybody. I guess I just got sick of the rules. Sick of justifying myself. Sick of feeling judged. Sick of losing.

Black Honey was released in September to critical acclaim and sold out vinyl during the first week. A major success for an unsigned band, the album is now re-released as a deluxe version that includes all tracks from the band’s previous EPs, such as Corrine, All My Pride, or Madonna.

Following on from a sold out UK and European tour, the band are about to embark on a run of festival shows including Rock Werchter, Y Not, Reading & Leeds as well as a one of headline show in Berlin. All dates and ticket links can be found beloved. 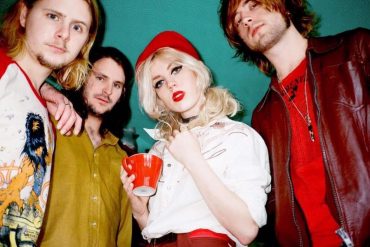