Following on from recent single Lovin’ Feeling, Beach Baby have just announced their new album Songs From The Limbo Lounge will be released on August 30th. The band also share their brand new single Human Remains which comes with a retro video. Watch and listen below.

Songs From The Limbo Lounge is the follow up to their 2016 debut album No Mind No Money. New single Human Remains was once again mixed by Nathan Boddy (Shame, Georgia) and comes with a 1970s horror movie inspired video shot entirely on Super 8.

The new album as a whole draws a lot of inspiration from the 70s. There is nods to George Harrison, The Beatles, David Bowie, Glam Rock, Piano Ballads, Country Blues an much more. After touring their debut album extensively the band found themselves in a sort of limbo. Burned out and out of money, they took a long break until last year when they started recording new music at drummer Shep’s garden shed.

After a run of club shows this months, the band will play Moth club in London on September 10th. Tickets are available here. 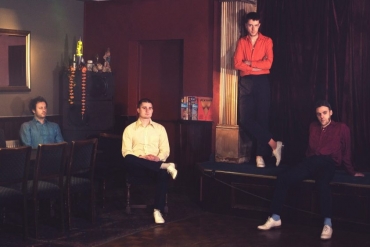