Bayonne is the moniker of Texas-based artist Roger Sellers who has recently dropped his new single I Know via Mom + Pop. The single arrives in time his UK tour with Sylvan Esso & headline London show this November and is the first taste from his forthcoming sophomore record.

Sellers comments on I Know:

The whole “I Know” part is crying out after you know that you’ve messed up and you feel helpless to correct your wrong. It’s that feeling of no turning back and feeling like you defeated yourself and someone else as well.

Bayonne is working on his new album, which is expected out next year, which will be the follow up to his debut, Primitives, which came out last year via City Slang (Roosevelt, Nada Surf, Caribou).

Having previously played shows with the likes of Two Door Cinema Club, Caribou, Neon Indian, Chairlift, Thundercat, Battles & Peter Bjorn and John, Bayonne will play with Sylvan Esso this November, as well as playing a headline London show on 3rd Nov. All dates below. 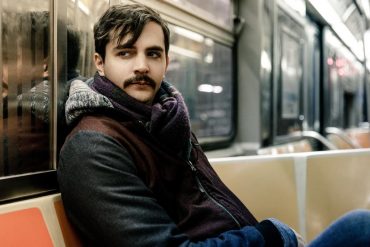