Aphelion is the latest single by Kent garage rock trio The Bay Rays. It is the first taster of the forthcoming debut EP Satisfaction (release TBA) and comes with a video that you can watch below.

The single is available as of now via the band’s own label East Wing Records.

When asked about the meaning of Aphelion, singer Harry said

It’s about having a closeness with someone, but you’re longing for something more

Speaking about the video, Harry also had to say

The narrative of the song is about a sense of longing and injustice in a world that doesn’t seem fair, a character who is an outcast to society, but wont stop trying to improve his situation and not go quietly.

The Bay Rays have made themselves a name while on tour with Slaves earlier this year. The band will be playing their first headline show on December 3rd at The Forum in Tunbridge Wells. 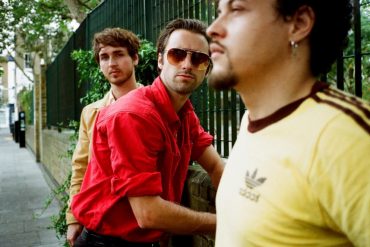