Autoheart are an electro pop trio from Essex, London and Reading who will release their second album I Can Build A Fire on their own label O/R Records on August 26. The trio wrote, performed, recorded, produced and mixed the record.

We had no one telling us what to do and it meant that we could make the record we’d always wanted to make.

The first single from the album is titled Possibility and is out today. The track comes with an animated video that is streaming below.

Built around the almost title track, We Can Build A Fire – which nods lyrically to ABBA and Kylie Minogue’s debut hit I Should Be So Lucky – the album has seen them collaborate with Berlin-based singer-songwriter Anne Haight, and gender activist and model Rain Dove.

Three years ago, Autoheart released their critically acclaimed debut album Punch that spawned the offbeat love-song Moscow which gained the attention of Stephen Fry for its proud message of support to the Russian LGBT community.

In 2012 Autoheart played Hyde Park during the London Olympics and the headline stage of the Standon festival, having perviously been asked to open for the Hidden Cameras, Scott Matthew and Mark Knopfler. New tour dates will be announced shortly. 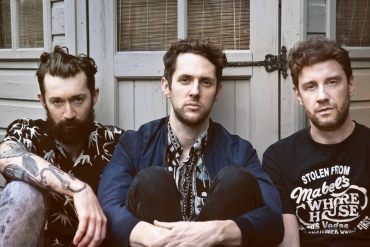