Autoheart are an electro pop trio from Essex, London and Reading who will release their second album I Can Build A Fire on their own label O/R Records on August 26. The trio wrote, performed, recorded, produced and mixed the record.

On 19 August, Autoheart are to release their new single and video for Oxford Blood, which stars gender activist Rain Dove.

The video, directed by Prano Bailey-Bond, turns the concepts of boy and girl bands upside down. In a back-room cabaret venue, a singer – flanked by two backing dancers – makes a passionate plea to a heartbroken onlooker. But nothing is as it seems, and then things get really weird…

On deciding to take on the vocal of Autoheart singer Jody Gadsden, Rain said:

People often say I look like a guy, but the thing that gives me away is my voice. So I liked being able to have this deep voice. There was the opportunity to make people go: ‘What the fuck is that?’ Of course, it always turns me on a little bit.

Three years ago, Autoheart released their critically acclaimed debut album Punch that spawned the offbeat love-song Moscow which gained the attention of Stephen Fry for its proud message of support to the Russian LGBT community.

In 2012 Autoheart played Hyde Park during the London Olympics and the headline stage of the Standon festival, having perviously been asked to open for the Hidden Cameras, Scott Matthew and Mark Knopfler. New tour dates will be announced shortly. 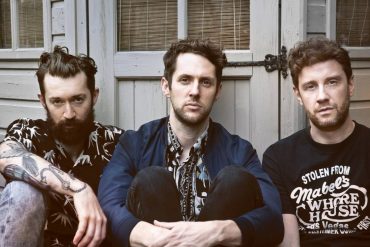