The 1975 have just teased their new single Give Yourself A Try which will be aired on Annie Mac’s Hottest Record In The World on BBC Radio 1 (May 31th). The song is their first new music in over two years and is also the taster from their new album Music For Cars which is out later this year.

The new single will drop on Friday, June 1st and will probably be accompanied by a video. Leading up to its reveal, the album was teased with cryptic social media posts and posters across several European cities reading “MFC – A brief inquiry into online relationships”. The album’s presumed title is taken from the EP of the same name that was released in 2013 and contained the hit single Chocolate which would later make their self-titled debut album.

Give Yourself A Try was revealed via a social media post containing what are likely to be the song’s lyrics. In it is a reference to a 16 year old fan named June who committed suicide. Watch the teaser video for Give Yourself A Try below. 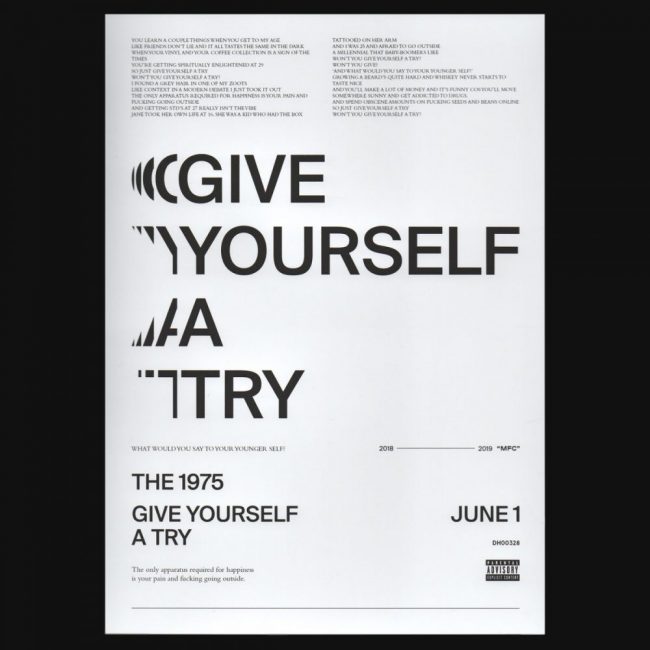